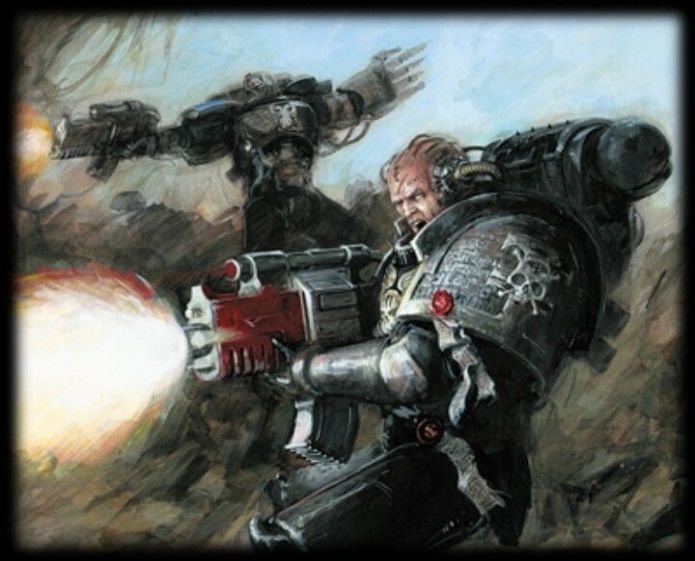 A pall of darkness shrouded the strategium, the faint flickers from the electro-flambeaux set into the walls sending shadows scuttling into the corners and across the stone floors. The lack of light did not bother the room’s occupants, however, as they were perfectly adapted to work in the dark. So it was that the only other illumination came from the baleful red glare of their helm-lenses, the blinking viridian readouts of cogitator-screeds, and from the ghostly apparition of a world tilting slowly above the main hololith in the center of the room– a fat, green orb, its image flickering occasionally as the projector skipped and stalled. The name and statistics of this planet were displayed in minute text on the side, but these facts were, at the moment, unimportant. Even the fact that a war now raged on its surface was, in the grand scheme of things, unremarkable.

This was, like a great many other things, a lie. After all, unremarkable matters did not summon the attentions of the Deathwatch.