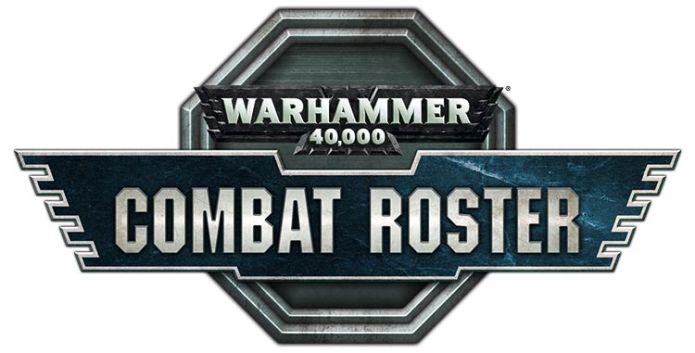 …oh sorry, did I say app? Scratch that, contrary to expectations, Combat Roster is NOT an app: it is, in fact, an application usable only on the Games Workshop website, which already makes it a little less versatile than some of the…well…other army list generators out there. But I’m getting ahead of myself. Combat Roster had been teased for several weeks now, and was heralded as pretty much the 40k version of Age of Sigmar’s Warscroll Builder.

Ostensibly, Combat Roster is there to make army list building easier. So, after I tried to make an army list on Combat Roster, here’s what I’ve determined this generator can do:

-Provide quick power level costs for a variety of units across a variety of armies
-Interchange effortlessly between factions if you’re going for a “soup” style list.
-Export completed lists into a printable PDF format
-Save your list for further tinkering later
-Add or decrease models from units

Aaaaand here’s what Combat Roster doesn’t include:
-Detachments
-Psychic powers
-Relics
-Actual points values as opposed to power levels
-Anything that is actually from a codex- it is all Index and Forge World stuff only
-Unit stats or special rules
-Options for adding wargear or unit upgrades of any kind
-An inbuilt system warning you that your list is illegal
-A phone app feature so that you don’t actually have to be on the net to make a list on the fly

Now, it could be that Combat Roster is still a work in progress, and that some of these features may come later. But until that happens, Combat Roster feels like nothing more than a pale, helplessly flailing imitation of Battlescribe, which does all of the above things that Combat Scribe is missing, is available on phone, is updated regularly and is available for a wide range of games beyond just 40k.

This is to say nothing of Army Builder, which, like Battlescribe, covers things like points costs, abilities, wargear options, detachments, etc– the main difference, however, being that you are limited in your roster size unless you buy the full version. Even then…you’re getting a lot more bang for your buck than you would with Combat Roster as it is now.