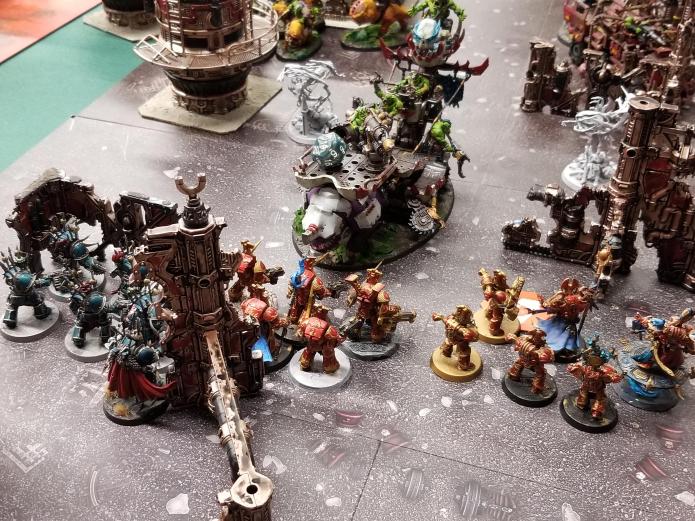 In the aftermath of our battle against the Custodes, we spent a great deal of time searching through the contents of the Basilica of St. Elias. The vast majority of the texts there were religious treatises, hymns, and theological dogma. Some of it was well written enough that I deemed it worthy of preservation, the rest I ordered burned or discarded: it was nothing but the same, ignorant drivel that had been spoonfed to the Imperium’s masses, feeding them the lie of the Emperor’s divinity until they could not think of anything else. I used to hate the unwashed masses of humanity for their ignorance; now I simply pity them. Their own ignorance is not their fault, but that of their masters for brainwashing them.