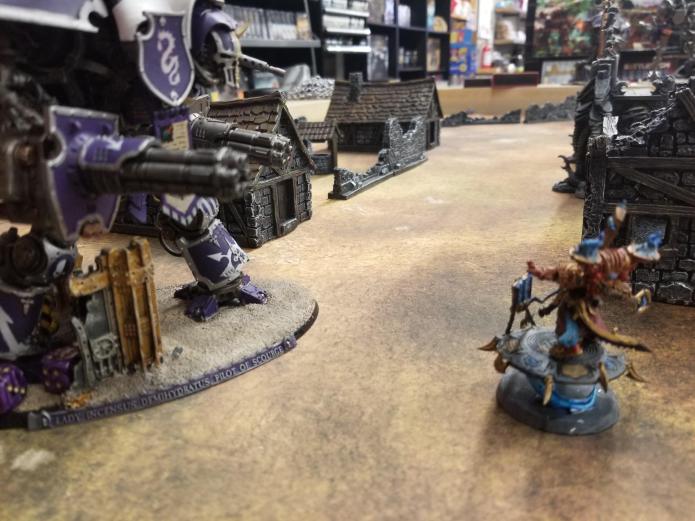 Vigilus was a world of ruin. Its hive-continents smouldered in mountainous bonfires, its skies were blotted out in thick seas of smoke, its streets had disappeared under cloying landslides of debris and corpses. Its industrial centers had been shattered beyond repair, its defences had been pulverized to dust, and its centers of governance had become sites of dripping red slaughter. The casualties now numbered in the the billions, and those citizens who had not been touched by the Warp, by Genestealer taint or by madness would be dead very soon. The Imperium’s losses on this world were staggering, apocalyptic, irreplaceable.

And yet, the forces of Chaos were retreating.